Some Numbers on Immigration In light of all of the conversation surrounding the topic of immigration to the United States, a look at some actual figures is warranted.

This first interactive chart stands in stark contrast to the portrayal of increasingly “open borders” that is often posited by its opponents. It shows how illegal immigration to the U.S. has leveled and actually declined steadily over the past decade.

South of the Border

Stopping the influx of undocumented Mexican immigrants has been the key reason provided for the building of the border wall. However, the numbers again clearly indicate that the process has been slowing for some time. This chart examines the decreasing rate of apprehensions by border patrol: 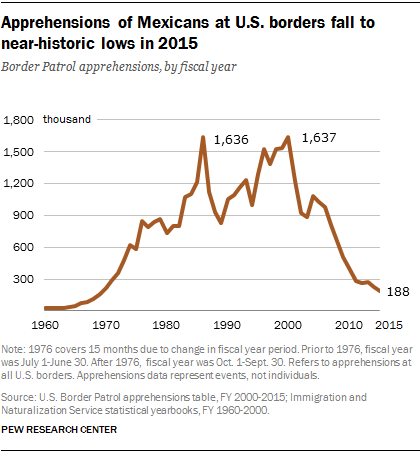 This accompanies the doubling in size of Border Patrol, which can only mean that illegal immigration is down overall. These numbers are important because they refute the claim that we are facing mass, unverifiable immigration across our borders. The debate is often framed in the context of Mexican immigrants bringing crime with them, though there is absolutely zero evidence to support this claim.

Trump has stated repeatedly that mexico would pay for the wall, and now Mexican President Enrique Peña Nieto has come out and roundly rejected the notion. Regardless of who ultimately ends up signing the check, the number will not be insignificant. Here are some estimates of what it may cost:

Not In My Neighborhood

The numbers of refugees to the U.S. has likewise been declining overall since the program’s inception. This is yet another instance of public opinion not lining up with the evidence. 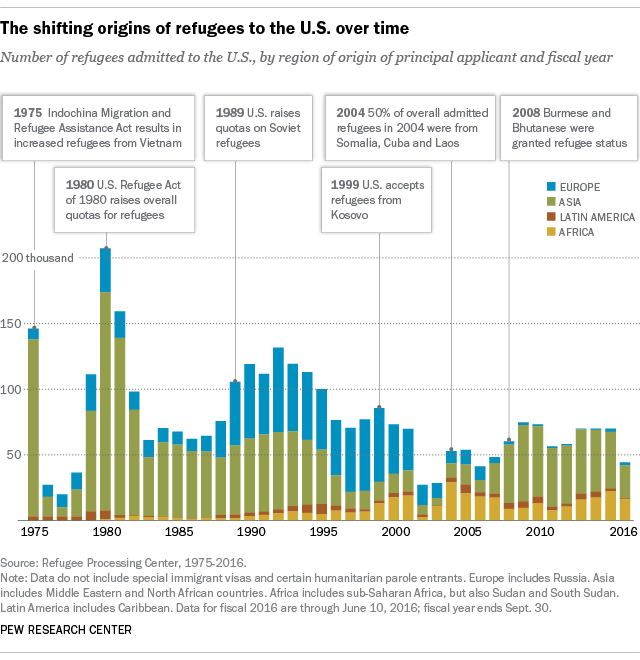 The buzz around this issue is certainly related to individuals coming from Muslim countries, who are now subject to a blacklist. While the U.S. did take in a record number of 38,901 Muslim refugees this year, this still accounts for half of the refugee population: 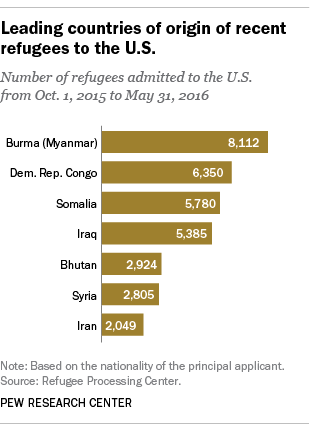 The figures on the dominant religion involved are traditionally for demographic record keeping, although as of late they have been politicized. Refugees are taken in on a by-need basis, not on a by-religion basis.

President Trump has repeatedly called for increased vetting, a cry he repeated last week. Indeed, the far right has tried to paint a picture generally that we are “letting people through unnoticed” and “it’s impossible to know for sure who is getting through.” The process for vetting refugees is quite thorough, taking up to 2 years. Here is a detailed description:

The idea that refugees pose a threat to the safety of Americans is simply unfounded, and is based in pre-concieved notions that do not hold up to any real scrutiny. The situation is highly nuanced, but due to the way it has been so politicized, it far too often boils over into hysteria.

Check out the below video for a look at just how far rightward the Republican party has shifted on this topic. The video was published by the George W. Bush Center, and advocates a sensible immigration policy:

Hopefully these infographics have provided some context on this issue. You don’t have to take my word for it, the State Department’s Refugee Processing Center has an interactive reporting feature. This allows you to gather detailed statistics about refugee admissions to the U.S. by nationality and time frame, allowing for very precise analysis, which is highly needed in times such as these.